What is the role of vitamins in pig reproduction?

Vitamins are one of the important factors affecting the reproductive function of pigs, and pig diets need to contain a certain amount of various vitamins. This article describes the effects of vitamins A, B, and D on pigs, as well as the hazards of vitamin deficiency and excess. 1. The effect of vitamin A imbalance on reproductive function

Vitamin A is a cyclic polyenol compound, which is involved in the synthesis of mucopolysaccharides between tissues, regulates the proliferation and development of epithelial cells, and affects reproductive function and embryonic development. It has the functions of maintaining retinal photoreceptor function, promoting bone and tooth growth, etc.

In pig production, as feed additives, vitamin A acetate and vitamin A palmitate have good stability. Pigs require vitamin A at any growth stage or physiological state. Vitamin A has the functions of protecting the health and integrity of the epithelial tissue of the reproductive organs, promoting the development and regeneration of the skin, promoting the synthesis of lactopolysaccharide in the connective tissue, maintaining the integrity of the cell membrane and organelle structure, promoting the synthesis of hormones, and improving the fertility of animals.

Insufficient vitamin A can cause mucosal atrophy and degeneration, resulting in scaly keratinization of various epithelial tissue cells in pigs, diarrhea, various inflammations of the bladder and kidneys, and reduced defense functions. It will also cause endocrine gland atrophy, structural damage, disorder of endocrine function, insufficient hormone secretion, reduction or complete stop of sex hormone secretion. The epithelium of the reproductive system is most severely affected, and the sexual cycle is disturbed, arrhythmic, and disordered. Postpartum delayed estrus and decreased libido. Vitamin A is involved in steroid synthesis. When vitamin A is deficient, the activity of the enzyme (3β-hydroxydehydrogenase) that converts 3β-hydroxysteroids into 3-ketosteroids is reduced, the function of adrenal glands and gonads is weakened, and the synthesis of steroids in the placenta is reduced, resulting in pregnant sows. Miscarriage, stillbirth, weak piglets, or deformed piglets occur. Boars show reduced testicles, functional degradation, and reduced semen quality, resulting in reproductive failure.

Like other fat-soluble vitamins that are accumulated in animals, vitamin A is not easily excreted rapidly from animals. Toxicity occurs when the intake exceeds 50 to 500 times the normal amount. Pigs often exhibit rough fur, scaly skin, bleeding from cracks in the skin around the tendon sheath, hematuria, bloody stool, hyperexcitability, sensitivity to touch, loss of leg control, inability to stand, periodic tremors and even death.

Adding vitamin A2200IU/kg to the basal diet can meet the needs of piglets to obtain better growth performance. The various immune functions of piglets added with vitamin A1100IU/kg were higher. Sows can maintain normal reproductive function by adding vitamin A 2500IU/kg. Generally, the requirement of vitamin A for pigs ranges from 1000 to 2000 IU/kg feed.

2. The effect of vitamin B deficiency on the reproductive function of pigs

B vitamins are mainly used as coenzymes to catalyze various reactions in carbohydrate, fat and protein metabolism, thereby affecting the reproductive function of animals.

Vitamin B2 is also known as riboflavin. The prosthetic group of many oxidoreductases contains riboflavin, which are collectively referred to as flavinases. Flavases play a role in transferring hydrogen during biological oxidation in animals. When the vitamin containing flavonases is deficient, it will affect the synthesis of prosthetic groups, causing biological oxidation in the body to cause metabolic disorders. It causes sows to lose appetite and weight loss during the breeding or lactation period, resulting in premature birth, stillbirth, and weak and death of newborn piglets. Some piglets are deformed or hairless, and generally die within 48 hours after birth. Generally, adding 7.2 mg/kg of riboflavin to the diet can maintain good growth performance and immunity of pigs, and maintain normal fertility. The requirement for riboflavin in lactating sows is approximately 16 mg/d.

Vitamin B3, also known as pantothenic acid, is a component of coenzyme A. Coenzyme A is the prosthetic group of acylases, which plays an important role in the metabolism of sugars, lipids and amino acids. When pigs are deficient in pantothenic acid, reproductive and lactating functions suffer. The requirement of pantothenic acid for optimal reproductive performance of sows is 12.0-12.5 mg/kg.

Vitamin B12 can promote the biosynthesis of methionine and glutamic acid. It has the effect of activating amino acids and promoting nucleic acid biosynthesis. And participate in the metabolism of protein, fat and carbohydrates, so it is of great significance for the synthesis of various proteins. Lack of vitamin B12 in animals will have an impact on tissues, accelerate the decomposition of cells, and cause nerve damage. Growing pigs may experience decreased appetite, blocked hematopoietic function and slow growth. Conception rates, reproductive rates, and postpartum milk production are all reduced when sows are deficient in vitamin B12. For weaned piglets and sows, 14 to 15 mg of vitamin B12 is required per kilogram of diet. If the diet contains 10% fish meal, it can meet the needs. 3. The effect of vitamin D imbalance on the reproductive function of pigs

If too much vitamin D is added to the feed, it will also cause poisoning in animals. Its specific manifestations are hypercalciuria, anorexia, nausea and vomiting, thirst, polyuria, fatigue, joint pain and general disorientation. When the weaned piglets ingested 150 IU of vitamin D3 per day, the immune response of the animals was strong, and the body concentration increased rapidly; while the daily intake of 150,000 IU of vitamin D3, the symptoms of poisoning appeared after 12 to 18 days. And the serum calcium concentration increased, the inorganic phosphorus content and alkaline phosphatase activity decreased, the growth performance decreased, and the reproductive capacity decreased. Pigs' requirement of vitamin D3 in the diet ranges from 150 to 220 IU/kg, which varies greatly under different physiological conditions.

Vitamins are a class of trace low-molecular-weight organic compounds that are essential to maintain the normal physiological functions of animals. Although it is not the main component of various tissues, nor is it the source of energy for the body, it has a great effect in animals and is a component of most coenzymes. These enzymes are indispensable for carbohydrate, fat and protein metabolism. They promote the synthesis and degradation of major nutrients, thereby controlling the body's metabolism. Vitamin deficiency will affect the synthesis of coenzymes, lead to metabolic disorders, various diseases in animals, and also affect the reproductive function of animals.

If you want to know more about feed-grade vitamins, please consult polifar! 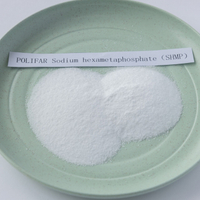 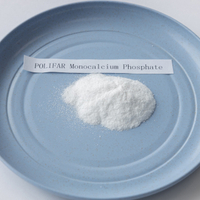