The role of trace element in animal nutrition

Trace elements are one of the indispensable nutrients in life sports, and they are also called "life metals". They are involved in the formation and activation of enzymes, vitamins and hormones in animals; they are also involved in regulating material metabolism, and determine the growth and development and reproduction of the body, as well as the production efficiency and product quality of animals. However, if used improperly, excessive or insufficient, it can disturb the mechanism of life movement, cause animal malnutrition or poisoning, and cause animals to show a series of diseases. Such cases are common. Therefore, trace elements must be strictly controlled and rationally used in feed. 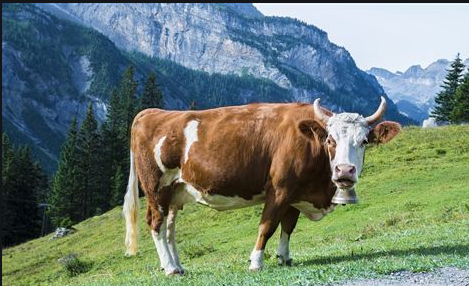 This article contains the following:

The role of trace elements in chicken feed

With the continuous advancement of scientific breeding, farmers have also changed their traditional breeding methods and started to use additives in chicken feed. This is exactly the healthy and green breeding method advocated by the country, because it can timely supplement the chicken growth process. The required nutrition and supplementary nutrition are selected in one step, and you can choose the nutritional additive of Younongkang Micro-ecological feed.

3. The speed of broiler gaining weight becomes faster, and it will be released 3-5 days in advance.

4. Increase the egg production of laying hens, increase the egg weight, improve the color of the egg yolk, thicken the shell, and reduce broken eggs.

The role of trace elements in pigs feed

After professional research and statistics, the trace elements required by sows include iron, copper, zinc, iodine, cobalt, manganese and other non-elements. Among them, iron helps to form hemoglobin and myoglobin. This substance can create blood for piglets and prevent nutritional anemia. It is an essential element; copper free element also plays a very important role in pig growth. It is an important component of the enzyme system; manganese has certain effects on bone, reproduction, nerve, carbohydrate and fat metabolism. If the sow lacks these trace elements, it can directly lead to insufficient milk, affect the growth and development of the piglets, and even affect the disease resistance of the piglets. Therefore, Pengcheng 8518-1 pig feed, which is rich in various trace elements, is also known as "milk foot, maternal health" feed, which is welcomed and favored by the majority of pig farmers.The health of sows and piglets determines the development and future of a farm, and ensuring their healthy growth is of great significance.

The role of trace elements in ducks feed

Zinc is a component of many enzymes and participates in a series of physiological processes. In the absence of ducklings, the growth of the ducklings is slow, the feathers and skin are poorly developed, the leg bones are deformed, the egg production of the ducks is reduced, and the hatching rate is low.

Iron and copper participate in the formation of hemoglobin, and anemia occurs in ducks when iron is insufficient. In the absence of copper, malabsorption of iron causes embryos to die during hatching.

Iodine is a component of thyroxine, which plays a very important role in regulating the growth, reproduction and egg production of ducks. Deficiency of iodine can cause goiter and damage the health of ducks.

Selenium is one of the essential elements for animal life activities. Selenium deficiency in soil and feed was found in parts of northeast and northwestern China, causing selenium deficiency in livestock and poultry. Adding 0.1 parts per million of selenium to the diet in selenium-deficient areas can meet the needs of young birds. Too much selenium, when it exceeds 5 parts per million, the growth of ducks is hindered, the hatching rate of breeding eggs is low, and a large number of malformed embryos are produced.

Polifar has many products to meet your needs.Please contact us when you want to buy feeds.

Create real and lasting value for customers, achieve employees and become the most trusted feed company.